Notes and total statistics at roughly the halfway point of the season.

Welcome to the third edition of “Notes” on Montreal Canadiens prospects in their respective leagues. Below are general notes and total statistics at roughly the halfway point of the season for all Habs prospects playing in the Liiga, KHL, and SHL. 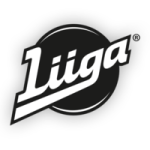 C Joni Ikonen: Ikonen has just returned from injury after missing most of the season. It looks like he’s improved on his explosiveness as he’s always been a shifty agile skater. His wrist shot is probably the best asset in his arsenal along with his great playmaking and vision.

RW Jesse Ylönen: Ylönen has quick feet and that explosive, shot out of a canon, breakaway speed. He’s shown flashes of excellent puck handling and puck control skills. He’s agile and shifty and can slip in and out of checks with ease. His shot is above average and he should be utilizing it more often.

LD Alexander Romanov: Romanov has been quietly putting together a solid season in the KHL. His active stick and ability to shift and open up is just one of many of his defensive abilities. He posses a heavy slapshot, great vision, and passing skills. He plays smart in his own end and is not afraid to step up and separate his man from the puck using a quick stick or lowering the boom.

C Jacob Olofsson: Olofsson has shown to be a reliable smart player with good hockey sense. He’s shown some short flashes of great stick handling and puck protection. Overall his production hasn’t been spectacular but he’s been relied upon in the 3rd line center role for most of the season thus far.